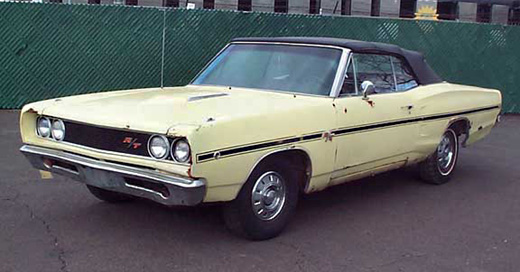 I am in the great white north Saskatoon, Saskatchewan Canada. Let me tell you my story . I have always had Mopars but clones or not sought after cars except maybe my 1970 Barracuda I used to own. However, I found a 1968 Coronet convertible for sale locally. I decoded the fender tag and it turned out to be a genuine Coronet R/T Convertible with a numbers matching drive train originally out of Huntingdon, Pennsylvania and imported into Canada in 2005. Tucked away again for 16 more years until approximately 5 weeks ago. I reached out. Made a plan for the 85 mile road trip to confirm the vin, fender tag, eng and trans. My friend and I’s eyes were wide and as we matched the numbers my heart almost stopped. Deposit paid and 2 days later brought her home. 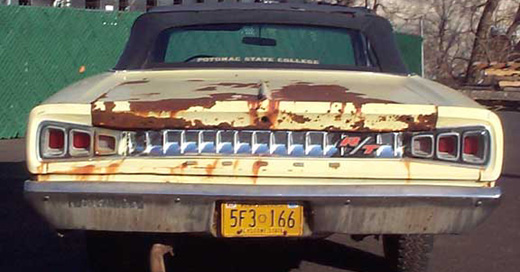 It Still has the PA license plate on it from 1978-79 and a Potomac State College Sticker across the back window. With an old rusty license plate bracket (Shope Motors, Huntingdon) I found in the trunk under the bias ply ground grips lol. A week later after some searching, I called a number I found on the internet and sure enough the dealership owner’s son still owns the property and even remembered the car! It is rusty but I did get it running again last weekend. The Vin is WS27L8G130150. I have attached a couple of pictures. All original except the weird side stripe someone painted on. The PA title lists it being titled August 6, 1968. Car was built Sept. 28, 1967 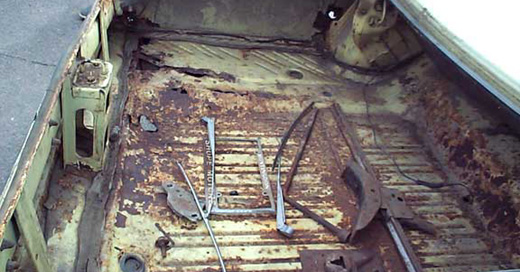 I haven’t found the build sheet yet. I found a piece of one but it was not for my car. Thanks again and I hope you enjoyed my story!