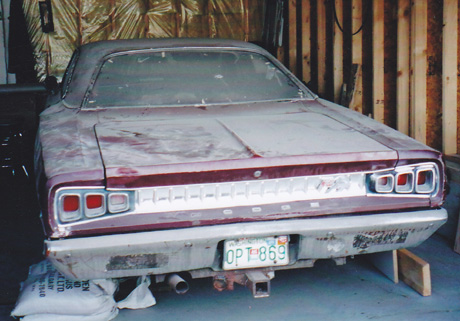 This is my Dodge Coronet R/T: Here is some info on my 1968 Dodge Coronet R/T. I have owned this car for six years, purchased here in Alberta, about an hour and half from where I live. I believe that the car is an originally from the US, possible from Washington State as per the licensed plate on the car last tagged in 1979. The 440ci is numbers matched, but the 727 tranny is from a 1966 taxi. The differential is a 8 3/4, not sure if numbers to the car but has a 742 center section. The car has a fender tag but no Broadcast sheet. From what I have decoded, the is a 440/auto, 3:23 non posi, Burgundy Metallic exterior, Burgundy interior, White Vinyl top, White longitude stripe. Other options decoded, Buckets/Console, Remote Mirror, Right Hand Mirror, Front Bumper Guards, Fender Mount Turn Signals, Tinted Front Windshield, Fender and Rocker Chrome Moldings, Under hood Insulation Pad and AM Radio. There are other options, that are not listed on the fender tag which look original to the car including, Power Steering, Power Drum Brakes, Woodgrain Steering Wheel, In Dash Clock, Rear Speakers, and a full light package including Ashtray, Glovebox, Map Light, Under Hood light and Trunk Light.

After doing some reading, I believe that my car is a ” White Hat Special ” package. The way that the options listed available for the ” White Hat Special ” package fits my car, but I can’t prove it. My car was originally built in Los Angles, California. As you can see from the pictures, the car needs a total restoration, including floor pans, trunk, quarters, rockers and I believe frame rails. The car also needs interior and the powertrain rebuilt. The car is mostly complete, though in the last 6yrs I have been collecting parts. Most of these parts are NOS. Still have list of stuff that I need. It is a work in progress. 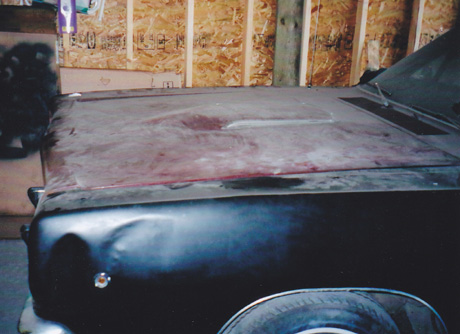 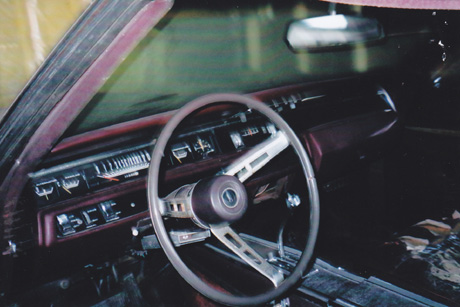